This was actually originally a part of siyoa's UI mod, but I figured I should make it available here as a stand-alone mod in case anyone wanted it. 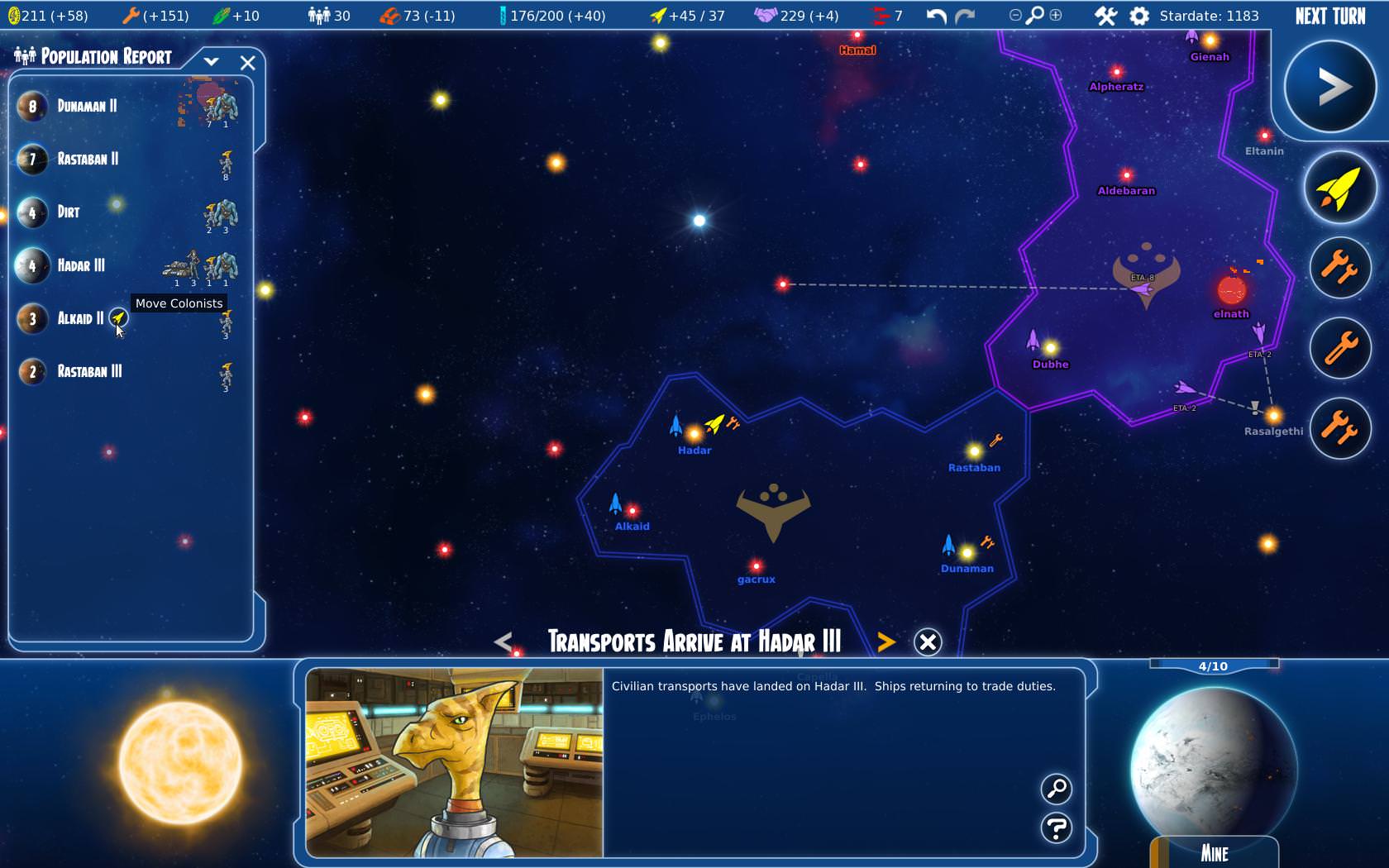 Nice Mod. Only issue I have with it is the sorting does not work. I am on the Dev branch.
Top

Thanks, I did find the pop screen very usefull but like to do my own system/planet rename so picked up this one. Also great to see the overall pop number on the top bar and

Sorting also doesn't work here but am also on Steam dev branch - not big a deal though, woul probably only use the planet type categorisation to spread out pops to their optimal biomes
Top

The broken sorting seems to be due to the get_planet_list() function being shadowed by the one for the production panel... time to look up what UI_File does again since I thought these things would be in their own environment.

Thanks, filtering is working now
Top

How is this not in the game.Much needed mod.
Top

Question: would it make sense to place metal resource right next to coin instead of at the end of the "resources" icons after pop?

I would love to have this function in the original game. This shouldnt be a mod. Cant you talk to the Devs and incorporate it into the game?
Top

I think it was mentioned somewhere that there were plans to overhaul the planet production report into a kind of empire-wide management interface, that would probably include what this mod does. In the meantime though if sven wants to merge this into the base game with any adjustments deemed necessary I'm all for it.
Top

Would it be possible to mod a sort category in the panel where planets are shown in descending order of revolt probabiltiy?

It's a very simple thing to add, I've updated the attachment in the OP. I haven't tested it though, other than making sure the game starts.
Top

This mod is useful and works with the in dev version. Thanks for making it harpy eagle.
Top

Can this mod be integrated into vanilla if harpy eagle approves?
Would be useful to manage pop distribution and find available ground troops for invasions

Users browsing this forum: No registered users and 2 guests