Could you add (in a smaller font, like for the pop numbers) the planet type (and perhaps size) below the planet's name? I find that the planet icons are not entirely sufficient for that, especially at the small size they have on the report panel, in particular arid vs. inferno and barren vs. iceball.
Top

+1 for Zolobolo's proposition, it's such a convenient tool that it'd be great to see it implemented in the vanilla game!
Top

I use the mod quite a bit. Thank you.

I have a request, when I hover over the population icon in the top bar, can you show me the total population of each race in my empire in a hover window?

Or display it the same way you do in the Population Report, just with totals.
Top

This too is my favorite (and I think only?) mod I play with. When I start min/maxing population using different species, I *love* this and couldn't imagine going back to not having this tool. It's, for me, pure quality of life. THANK YOU!
Top

I may add fancy racial icons there

please let me know if something is not working, I have this old save file only, cannot test all the races, there is 3 groups separated by empty line (major races, minor races, mechanical)

I guess I missed the other request, new version is up

glad to be of assistance

it seems rounding can be a bit of an issue (found some other save game on one of my other gaming rigs), 214 when added up versus 217 calculated by code that is not rounding to a unit of million before adding up

as you can see on the screen shot, it is quite old problem, Cheleb II showing 0 population for Orthin due to rounding as well

siyoa wrote:I guess I missed the other request, new version is up

Thank you! I love this mod - it's my fav

After coming back to the game since the July/August updates, I was sad to see this wasn't integrated into vanilla somehow.
Regardless, glad the patches didn't seem to break it. I couldn't play at all without this mod!
Top

Here's my custom version. I've spent the last few weeks without feeling the need to tinker with it further, so I'll consider it finished. 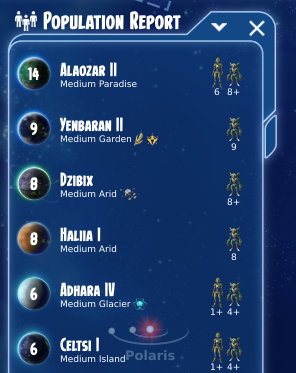 The planet type is written in a font that, IMO, is more legible at this size. In addition, special resources and mineral richness are displayed! 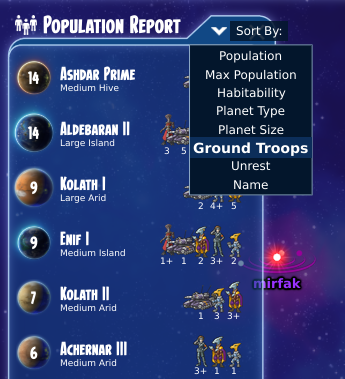 Where's your tanks at? You can now sort by ground troops, so the planets with the most military units on them will be at the top. 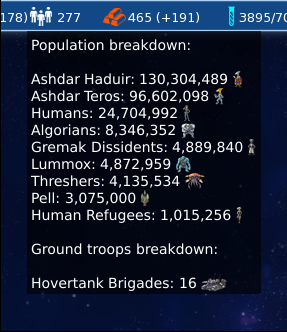 The info panel when you hover on the pop icon now sorts the population by decreasing order, gives you their "real" value (same as when you look at a planet), with a fancy little racial icon, too.

Behind the scene, this now uses an iterator and a couple of tables instead of using a bunch of hard-coded variables for each known species. So it should work out of the box when new species get added (zubel larvas anyone?). 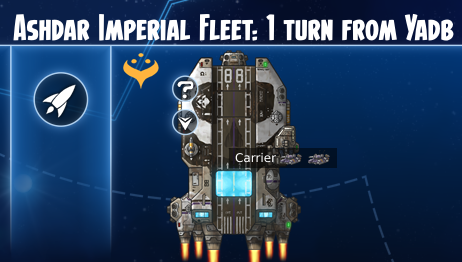 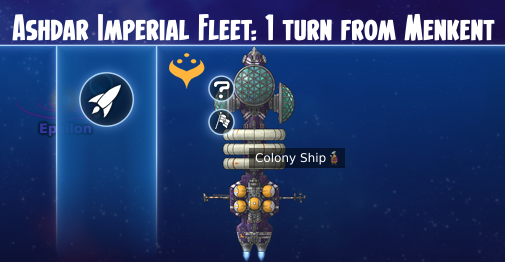 I've rewritten the tooltip when hovering on a ship from scratch, to use the game's built-in chibi drawer instead of the custom drawer that, for a reason or another, didn't work for me. (I got stuff like "Colony Shiptable <inserthexnumberhere> instead.)

Still a must have mod that got even better: both ground troop sorting and hover over tooltip are welcome additions

Users browsing this forum: No registered users and 2 guests